55 homeless moved from under the Pontchartrain Expressway to shelters 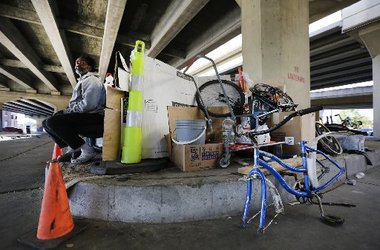 About 55 people who had been staying under the Pontchartrain Expressway were told they must leave the area and moved into shelters early Friday morning. People were evaluated with the goal of eventually moving them into permanent housing, city officials said.

This spot under the highway, near the intersection of Calliope and Baronne Streets, has been a regular congregation point for the homeless. In late October last year, the city moved more than 100 people into shelters and “respite housing.”