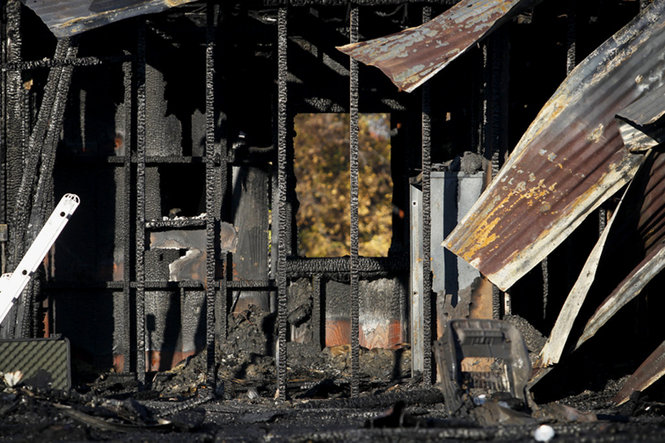 In the city’s deadliest blaze in decades, a fire in an abandoned building in the 9th Ward overnight killed 8 people, according to the New Orleans Fire Department.

It is believed that the death toll in the fire is the largest since the Upstairs Lounge fire in June 1973, which killed 32 people in a French Quarter bar.

Fire Department spokesman Greg Davis confirmed the death toll early this morning. He said the remains of two dogs were also found at the scene.

The bodies were burned beyond recognition, and authorities are still trying to determine how many of the victims were male and how many were female, firefighters said. A survivor of the blaze told firefighters that the people staying in the building were squatters, most of them in their teens and early 20s.

Teresa Reiger, the pastor with St. Luke’s Assembly of God on Franklin Ave., said some of the people sleeping at the warehouse building took showers and grabbed a meal at her church. They were people drawn to New Orleans, who loved the music and vitality of the city, she said.

Other people who showed up at the charred remains of the building this morning said people who stayed at the warehouse participated in a second-line the night before for Jonathan Hall, who was killed last Thursday inside a house on St. Roch Ave.

Several people who came to the scene said they believed a friend, a man in his 20s who has lived in New Orleans for many years, likely died in the fire.

Davis said companies arrived within 5 minutes to find the abandoned tin warehouse structure on the property fully engulfed in flames and partially collapsed. The building had no utilities.

Two squatters on the scene told firefighters they narrowly escaped, according to the Fire Department. They said they lit trash in a large barrel to keep warm in the freezing temperatures.

Temperatures were around freezing overnight in New Orleans.

The bodies have been turned over to the coroner’s office. The fire department this morning used one of its K-9 teams to canvass the scene.

By mid-morning, firefighters had just one truck left at the scene, spraying down to make sure the flames were completely extinguished. Two-thirds of the warehouse was burned down to the slab.

The fire was fought by 17 units and 37 firefighters.