Ghosts from Before Katrina 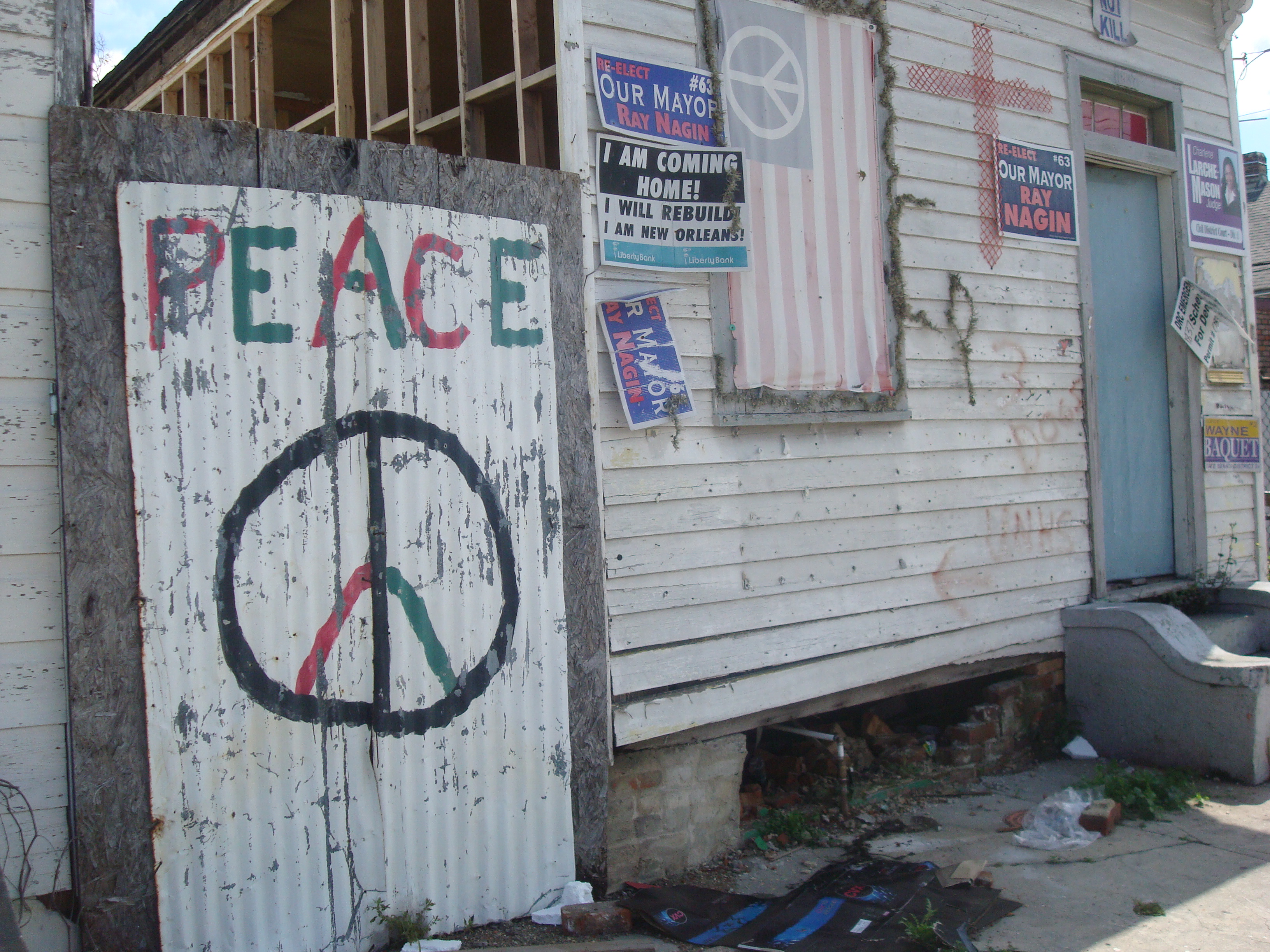 These are the words shouted from the front porch of a shotgun double in Central City as we drove past in the van this afternoon.  The man shouting them yells them nearly verbatim whenever he sees us.  We’ve met him before.  We’ve explained that, as he has an apartment, we cannot open a case on him because – and this shocks some people – we work with homeless people.  I realize that words have multiple definitions, but this man does not seem to understand that without committing fraud there is no way that I can count him as meeting the definition of homeless given his apartment with cable television and window A/C units.  I’ve explained this twice.

And yes, I understand that he wants to move out of his house and into a more affordable place in a nicer and safer neighborhood.  If I lived in that section of Jackson Avenue, I’d want to move, too. But this is what often amazes me about the human condition, and what occasionally rattles my faith that humans can be objective and in some way able to legitimately compare their circumstances to the circumstances of others: this man just doesn’t seem to understand that there are people worse off, and so much worse off that they qualify for special programs based on their utterly deplorable deprivation.

I wonder whether he would finally understand this if he had been in the van with me for my next stop.  I went to go see a man we call by the name of the town he was born in.  For anonymity’s sake, I’ll call him Lafayette.

Lafayette has been on the streets of New Orleans since before Hurricane Katrina.  For a few years he told me and my co-workers that he was doing okay and that there were other people who needed our help more than he did.  For whatever reason, I finally talked him into accepting my help about two months ago.  I’ve been pushing his case ever since.

Last week we finally got his psychiatric disorder diagnosed and documented, and Mike completed his application for Permanent Supportive Housing.  I got the final signature from Lafayette at 3:21pm on Friday, and told him it should go through for approval for the housing program this past Monday.  On Friday I expected that we would be able to refer 20 people this week.  Unfortunately, that number turned out to be only 5.  So 15 got left out in the cold (actually, it’s pretty temperate here right now) for at least another week.

So I went to tell Lafayette the bad news that he was one of those 15.  He damn near lost it right then and there.  He spent all weekend walking up and down streets looking for apartments.  Normally, he does not leave his spot for fear of losing his possessions, but he told me that while he was walking around with dreams of an apartment in his head, “some asshole stole my bike.”

“What do I have to do? Commit suicide to get housed?”

I informed him that if he committed suicide I definitely would not be able to get him housed, but that if he was seriously considering it I needed to get him to a hospital.  He informed Mike and I that he had no intention or plan of harming himself or anyone else.

Then something important happened: he opened up a little more than he had in conversations past.  I knew that when Katrina happened he was briefly in a witness protection program related to a murder that he saw in the summer of 2005.  I also know that the case fell apart due to evidence lost in Katrina, and he was put out of the witness protection program only to return to the exact same overpass.  So I inquired: “Hey, tell me a little bit more about that murder.”

“I see it every day.”  I suspected something like this was true, but he’d never said so.  While witnessing the murder didn’t cause his homelessness, it is clear that his mental stability was further compromised by the incident.  But in past meetings he has refused to talk about the murder outside of explaining why he was housed for only 6-weeks out of the past 6 years – if you can testify in a capitol murder case, the DA will pony up some rent assistance; when the case falls apart, the pony gallops away and you’re back on your own.

So he described a murder in frightening detail.  He talked about how the cab screeched to a halt and indicated a place less than a block from where he still sleeps.  He saw a man and a woman get out of the back, and the driver stumble out of the front.  He saw the man shove the driver down.  He saw the woman grab a 2×4 and go to work.  He said the worst thing about it was that she did it in the cold clinical manner of a doctor performing surgery – “just doing a job” were his words – as if it was nothing. He told me how the people who did it walked over to him afterward and threatened him to keep his mouth shut.  Then he described his conscience getting the better of him, walking over to the man who was beaten, hearing the blood gurgle in his throat and then running to find a police officer for help.

He relives this every day.

Approval of his housing application this week was supposed to be the first good thing to happen in his life in the last six years.  He had hope and smiled for the first time when I got that final signature from him last Friday afternoon.

That hope is gone.  I pleaded with him to trust me that I’d do everything in my power to make sure his application is approved this coming week.  But that’s still another week he is going to call this overpass home with the cab driver’s ghost choking on its own blood only 200-yards away every night.

And the man on the porch with the cable and the A/C units is angry that I’m not helping him.  Maybe if I could let him watch this murder in first person and threaten him with watching it every day for the rest of his life, he’d finally understand.  Maybe if he spent one night trying to shut out the roar of the cars on the bridge over head and sleep, wondering whether those two people that killed that cab driver right over there are still out there, whether they might decide to come back… well, just maybe he would understand.