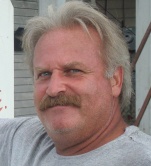 The last week was a blur of excruciating hunger and several feeble suicide attempts. He sat down in the old abandoned factory along the river and just stared at it. He didn’t know what would happen, but he figured it wouldn’t be good. Depression is a strange sickness; it’s the kind of thing that makes swallowing a pint glass of anti-freeze a better alternative than life. He swallowed the sweet-tasting liquid and waited for the end.

Staring out at the river, he saw the UNITY van pull up. Two guys in yellow shirts started walking toward the busted steel door and up the crumbling stairs. “Anybody home? UNITY! Homeless Outreach!” They yelled.

Exhausted from the poison spreading through his body, he didn’t even get up. He wasn’t sure who they were or if he even cared. They could have been hallucinations, the police or even angels for all he knew.

They turned the corner into the hollowed room and jumped at the presence of a man sitting quietly. He told them about the futile attempts to hang himself and the recent cocktail of anti-freeze. He was tragically depressed, precariously hanging on to his humanity. They told him that they were taking him to the hospital, even if they had to drag him.

He spent over a week in the hospital hooked up to dialysis, entertaining a harem of medical personnel. Mitch Madorin was a gifted contractor. His design work has been featured in national trade magazines and his cross-country exploits produce excellent bar-room fodder. It was an interesting, but isolated life that eventually spiraled into depression. “You start to run the tape of your life and you don’t like what you see.”

Today, Mitch volunteers in the rebuilding efforts. He has been stably housed for almost a year and has not had a return to depressive symptoms. He has been accepted into the Ameri-Corps Vista Program and continues to weigh his options.