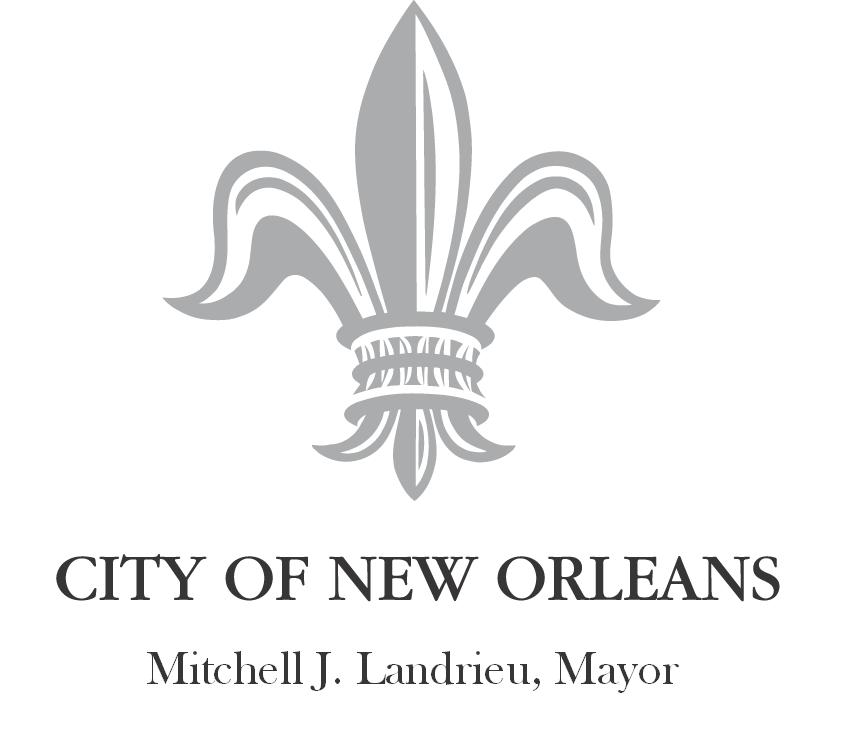 “Six months ago on Independence Day, we came together to pay homage to our service members and Veterans who courageously serve our great nation and announced our goal to effectively end Veteran homelessness in New Orleans by the end of 2014,” said Mayor Mitch Landrieu. “I am honored and very pleased to report that we have housed 227 Veterans, exceeding our goal of 193, thanks to the hard work of our committed partners. New Orleans is now the first major city in the nation to answer the President and First Lady’s call to end veteran homelessness – and we did so one year earlier than the federal goal. We owe our Veterans our eternal gratitude for their service and sacrifice to this nation, and making sure they have a place to call home is a small but powerful way we can show our appreciation.”

The ambitious effort began in response to First Lady Michelle Obama’s Mayors Challenge to End Veteran Homeless external linkness, which challenged communities to end Veteran homelessness by the end of 2015. To date, 312 mayors, six governors, and 71 other county or city officials from across the United States have accepted the challenge.

According to the HUD 2014 Homeless Point in Time Survey conducted by UNITY of Greater New Orleans, 193 individuals were counted to be homeless Veterans in Orleans and Jefferson parishes. As a part of the Mayors Challenge, Mayor Landrieu put together a coalition of nonprofits, homeless service providers, U.S. service members and Veterans, and federal, state, and local agencies – a coalition that has now permanently housed 227 homeless Veterans in New Orleans.

“I want to congratulate Mayor Landrieu and the entire City of New Orleans for turning its commitment to end Veteran homelessness into a reality,” said HUD Secretary Julián Castro. “As one of the first cities to achieve this noble goal, New Orleans is helping lead a national campaign to make certain that these brave Americans have a place to call home. At HUD, we stand ready to assist in bringing this kind of progress to cities across the country, fulfilling our commitment to all those who served our country so courageously.”

“Quite simply, the men and women who have defended our freedom deserve to return to the American Dream. Far too often we as a nation have failed them in that regard. ‎So the fact that New Orleans is on the leading edge of ending veteran homelessness is something of which we should all be proud.”

“This initiative, which has addressed the immediate needs of our city’s homeless veterans while creating a structure for the future, is a testament to the strength of the partnerships that have been forged among government, nonprofit, and private entities as we work together to rebuild a stronger, more sustainable New Orleans. Since taking office in 2010, I have been proud to work with Mayor Landrieu, my colleagues, and stakeholders citywide, particularly UNITY of Greater New Orleans, to reduce, prevent, and end chronic homelessness in New Orleans. This is an incredible step toward a goal that may have once seemed impossible but is now within our reach.”

“Today, and for every day to come, Veterans in New Orleans have access to a safe, stable, home of their own. The City of New Orleans, thanks to the leadership of Mayor Landrieu, has delivered on their share of the promise that every Veteran who has served our country has a home in our country. This remarkable achievement is significant to the entire nation—to every state and community that has the will to end Veteran homelessness before the end of 2015. New Orleans, by answering the call that it must be done, proved to all of us that eliminating Veteran homelessness can and will be done. Achieving this goal gives us also the opportunity to build on this success to end homelessness for all Americans.”

Nan Roman, President of the National Alliance to End Homelessness:

“What New Orleans has accomplished for homeless Veterans shows that this is a problem that can be solved. Under Mayor Landrieu’s leadership, key partners came together and worked to identify every Veteran and get him or her into, or on the path to, housing. In the future, homelessness among New Orleans Veterans should be rare and brief. Every city and town in America should take a look at New Orleans and say, ‘if they can do it, so can we.’”

“The National Coalition for Homeless Veterans is honored to stand with the Mayor and the City of New Orleans to recognize this important milestone in our effort to end Veteran homelessness in America. Communities across the country can look to New Orleans as an example of the progress to be made when local partners step in with a safety net and a hand up to self-sufficiency and independence for Veterans in crisis. The momentum is on the side of rapid change, and we are closer than ever to achieving our mission of effectively ending Veteran homelessness. The challenges remain daunting, but they are surmountable with close coordination of complementary programs on the local level. The team here in New Orleans has shown us that we must push forward and be unrelenting in our drive to end Veteran homelessness by 2015.”

In 2013, New Orleans reached another milestone when the Community Resource and Referral Center opened in the local VA hospital. The Community Resource and Referral Center serves as a day shelter for the homeless and connects homeless Veterans to case managers and services. The center houses multiple service providers to foster synergy, and it is the first and only resource and referral center in the nation that provides services to Veterans as well as non-veterans.

The City also committed HOME funds in 2013 to pay for rental assistance and develop permanent supportive housing for persons who are homeless, and did so in collaboration with the New Orleans Redevelopment Authority, VA, Housing Authority of New Orleans, and the Downtown Development District. HUD has selected this initiative as one of four National Best Practices Models for ending homelessness.

Before accepting the Mayors Challenge, the City of New Orleans had already achieved outstanding results on the local level with Veterans’ homelessness, which had dropped 66 percent from 2012 to 2014. In November 2014, the National Alliance to End Homelessness recognized New Orleans for its efforts in helping this vulnerable community as part of its Never Another Homeless Veteran external link initiative. These results are significant, particularly in a community where Veteran homelessness skyrocketed after Hurricane Katrina.

The City of New Orleans defines ending Veteran homelessness as ensuring every homeless Veteran who can be located is placed in permanent housing or in temporary housing with an identified permanent housing placement.

To fulfill the Mayors Challenge, the City partnered with the Southeast Louisiana Veterans Health Care System, UNITY of Greater New Orleans, the Housing Authority of New Orleans (HANO), the State Office of Community Development, U.S. Department of Housing and Urban Development (HUD), the United States Interagency Council on Homelessness (USICH),and the New Orleans Interagency Council on Homelessness (NOICH). The coalition implemented a local strategy to ensure every Veteran in New Orleans had access to permanent housing and the supportive services they need to sustain their housing status and stay off the street.

To enhance ongoing outreach on the streets and connect Veterans with service providers, the City coordinated with local active duty military and Veterans groups through the Mayor’s Military Advisory Committee external link. Over several months, about 150 local active duty military and Veterans conducted five Veteran homeless outreach nights trying to locate homeless Veterans and get them off the streets. In addition, these volunteers helped move formerly homeless Veterans into their new homes. This extensive outreach effort created important connections between homeless Veterans and their fellow brothers and sisters-in-arms.

“To be able to give so many homeless Veterans a forever home – most of them disabled and a quarter of them elderly – in such a short period of time was extremely challenging but incredibly exhilarating for all of the many partners in this effort. That so many Veterans who have risked their lives to serve our country are left homeless, especially in their later years, shocks the conscience. To bring them home, once and for all, has been very rewarding. We are very grateful to the Mayor for his leadership, which made possible this milestone achievement for New Orleans and for the whole nation by providing the impetus to overcome the many complex barriers to housing these vulnerable Veterans. We are very grateful too to the VA and all of our nonprofit, government, and philanthropic partners for working night and day to right this wrong.”

“Four years ago there were over 500 homeless Veterans in New Orleans and each year, together with our partners, we have aggressively worked to reduce that number. This past summer we made a commitment to them and city of New Orleans to honor their service by making sure each and every Veteran had a place they could call home. Together, we have created a sustainable, rapid rehousing program that effectively eliminates homelessness among our Veterans. I am proud that SLVHCS is part of this endeavor as we continue to make Veteran safety and housing a priority into the future.”

“We are proud to be a part of the City’s efforts to end homelessness among veterans. Through the HUD-Veterans Affairs Supportive Housing (HUD-VASH) program and partnerships with community based organizations and service providers, HANO has continually supported the City’s initiatives to provide needed housing opportunities for those who served our country in our armed forces.”

“This wonderful effort to end Veterans homelessness in the New Orleans area was a remarkable collaboration between City government, nonprofit agencies, the federal Veterans Administration, active duty military volunteers and fellow Veterans. All partners put the mission first and were very creative in overcoming bureaucratic hurdles to getting the homeless Veterans housed. It was also very reassuring to the military volunteers to see the great efforts that were put forward to take care of military Veterans.”

“The VFW was happy to partner with the City on this important issue for all Veterans. Through our outreach efforts, we learned that homeless Vets are more willing to seek help from one of their own. This Veteran-to-Veteran contact is an important part of connecting homeless Vets with the resources that can get them off the streets. We thank Mayor Landrieu for his leadership in bringing this coalition together to address this serious problem.”

HOW THE PUBLIC CAN HELP

The public can help the city’s Veterans community by donating gently used furniture, dishes, towels and bed linens to the UNITY warehouse. Those interested in supporting ongoing efforts to end chronic homelessness in New Orleans may contact UNITY of Greater New Orleans at (504) 821-4496 or by visiting http://unitygno.org/