Progress in reducing homelessness is remarkable: An editorial from the Times-Picayune 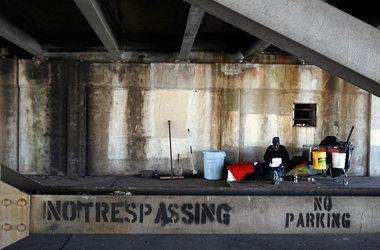 Progress in reducing homelessness is remarkable

There were just more than 2,000 homeless people in the two parishes before Hurricane Katrina, a figure that exploded to more than 11,600 by January 2007. But according to a January count by UNITY of Greater New Orleans, the number of homeless residents has dropped to 4,903. That’s still twice as many as before the storm–there is still plenty for work to be done. Read the full Times-Picayune article here.