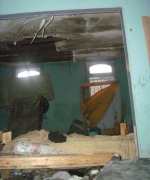 Just like politics, all outreach is local.  In fact, it’s hyper-local, street-based, boots on the concrete, sweating it out in the August sun, try to understand the neighborhood accent and know your neighborhoods like you know your mama.  Because we do outreach in New Orleans does not mean that I know the homeless in Chicago, Los Angeles or Wichita, Kansas.   Sure there’s a transfer of skills (rapport -building, physical/mental health assessment, etc.), but that doesn’t mean I know what it’s like to surf on a beach in Venice, Calif., or what the hell the local delicacy in Wichita might be.  These things matter, not just to the residents of these fine cities, but to the homeless.  (For the record a quick internet search fails to provide the answer to my culinary concerns for the people of Wichita.  I do know that they have to eat, though.)

What does this mean?  It means you better be absolutely fascinated with your city: its people, its history, its problems, its culture and its homeless.  In New Orleans, you can’t help but be enraptured.

Katy was the first to see the building.  It’s in the Irish Channel, uptown New Orleans, a historically working-class neighborhood that suffered the ravages of 1960’s white flight and crack cocaine, but was too close to the river for Katrina to swamp her streets.  The Channel is also where, in the 19th century, the Irish and Italian stevedores and dockhands built their intricate shotgun houses garnished with gingerbread trim and immaculately painted front porches.   It was an important neighborhood when the steamboats and cotton warehouses of Tchoupitoulas Street were more vital to the economy of the Crescent City than Bourbon Street and bad karaoke.   Many of these homes continue to stand as personal testaments to community pride and the values of architectural preservation. The house we found Mr. Pollack in was old — antebellum really.

It was obvious to Katy, Shamus and me that Mr. Pollack took pride in his home.  Hell, it was even obvious to the roaches, mice and feral cats that wandered in and out of his yard.  As we sauntered up to the crumbling front steps, past the junked 50’s-era Volkswagen and toward the one door with a splintered extension cord running under it, the neighbors started screaming.  After a short introduction, the neighbors were ecstatic that someone had finally shown up to help.  They expressed that Mr. Pollack had spent the better part of five years trying to repair the home to its pre-Katrina state.  It was a jumbled mess of scavenged windows, utility wiring, poles, and rotting wood.   It was so bad Bob Villa would have personally autographed the demolition order and written it off as a lost cause.  Mr. Pollack felt different.

Instead of an abandoned building with an electrical cord running from a neighbor’s outlet, Mr. Pollack saw a building that used to serve as a six-room hotel with a smoking parlor, a place where seven siblings were raised, a historical anchor in a changing neighborhood.  I wonder if our counterparts in other cities have to appreciate detailed plaster work, made by 4th generation Creole artisans from the Treme.  I wonder if their clients take the time to explain why these things are important.  This was the center of Mr. Pollack’s emotional, spiritual and physical world:  as if the hand of God personally proffered Mr. Pollack a little slice of heaven and dropped it smack into the Irish Channel.

As Mr. Pollack allowed us into his home, I noticed a few electric guitars with broken and tangled strings, a dusty Casio Keyboard and an electric bass.  I couldn’t help but goad the man into a little song.  Reluctantly, he strapped up his bass and plugged in the extension cord running out the second story window.  Mr. Pollack laid down a strong, respectable groove.  Sly and the Family Stone weren’t reaching for adoption papers and George Clinton wasn’t sending down the Mothership, but for a guy living in a blighted house without (legal) electricity, it was an impressive tune.