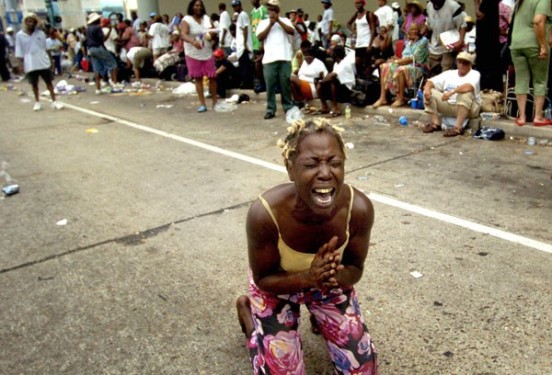 New Orleans is rebounding well from the devastation wrought by Hurricane Katrina in 2005 and could conceivably end up on a stronger economic footing than before the storm — if the city redevelops in the right way. For that to happen, federal, state and local authorities must step up the effort to restore flood-damaged neighborhoods, some of which are heavily blighted and still have less than half their prestorm populations.

For starters, the state and federal government need to find more effective ways of working with community-based, nonprofit programs that have a good record of helping cash-strapped property owners restore their homes. (The Department of Housing and Urban Development and the State of Louisiana are collaborating on a pilot program, but more needs to be done.)

Congress, which has failed the city in any number of ways, must quickly extend the life of a crucial tax credit for corporations that invest in desperately needed affordable housing projects. Without that fix, the region will likely lose financing for thousands of apartments, many of them earmarked for the most vulnerable populations, including the elderly and the disabled.

Entrepreneurs are starting new businesses in significantly higher numbers than before the storm. Wages and median household incomes have risen compared with a decade ago. Arts and cultural organizations appear to be thriving. Thanks to reform-minded school leadership, the public school system has improved and become a magnet for teacher talent.

A new system of more than 90 community centers has given the city’s poor residents better access to mental health services and preventive medical care. And the city now boasts a population that is more engaged civically — and more deeply involved in matters of governance — than ever.

But the region faces huge challenges. The dearth of affordable housing casts a long shadow on the city’s future. At the moment, nearly 60 percent of city renters spend more than 35 percent of their incomes on housing. Nationally, about 40 percent of renters spend that much. These people skimp on nutrition and medical care, undermining the well-being of children, and are chronically at risk of homelessness. They move often — one step ahead of eviction — which leads to higher employee turnover, higher training costs and lower productivity. And without more affordable housing, some areas of the city could remain permanently vacant.

To stabilize its neighborhoods — and attract a larger middle-class population — government officials must solve the problem of blight. With 55,000 abandoned addresses, New Orleans is probably the most blighted city in the country, and few people want to live among darkened, abandoned buildings. The obvious first step is to expand investment in local nonprofits that solidify partly refurbished neighborhoods by renovating the remaining abandoned homes on a given block.

Homelessness also is a nagging problem. According to a distressing analysis by Unity of Greater New Orleans, a social service consortium, the dangerous abandoned buildings are now home to somewhere between 3,000 and 6,000 people — most of whom suffer from mental illnesses. More must be done to get these people stabilized and into supportive housing.