The Times-Picayune: Post-Hurricane Katrina Housing Costs Put Many on the Edge 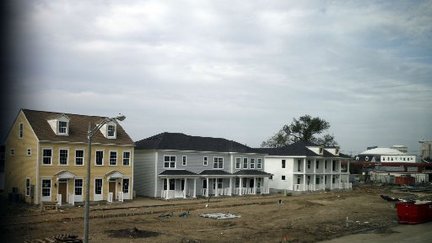 The typical resident of the New Orleans metropolitan area pays 33 percent more in housing costs than before Hurricane Katrina struck,according to a survey by the U.S. Department of Housing and UrbanDevelopment released Monday.

HUD Secretary Shaun Donovan said there is more federally assisted housing in New Orleans now than there was before Hurricane Katrina. The Harmony Oaks complex on the former C.J. Peete site was photographed in February.

The survey also found that the area has 13 percent fewer housing units than it did before the flood, a main factor behind the jump in housing costs.

“The New Orleans metro area suffered a great deal from Katrina, and that suffering extended beyond just the housing stock to include the generations of families who called that area their home,” said Raphael Bostic, HUD’s assistant secretary for policy development and research.

HUD Secretary Shaun Donovan said that since the President Barack Obama took office, the agency has helped more than 42,000 vulnerable families find housing and that there is more federally assisted housing in New Orleans today than before Katrina.

“We will not rest until every displaced family has a permanent place to call home,” Donovan said in a statement.

The number of poorest households in the region grew by 22 percent, defined by HUD as people who either paid more than half their income on rent, lived in severely inadequate housing or both.

“We are the most rent-burdened community in America as a result of Hurricane Katrina,” said Martha Kegel, executive director of Unity of Greater New Orleans, which is comprised of 63 organizations working with homeless families. “We have more unaffordable rent than even NewYork City. That’s because we have very high rent and we have very, very low income.”

In New Orleans, 31,200 households are paying more than half their monthly income on rent, Kegel said. The most vulnerable are the disabled and children whose parents earn below or at the minimum wage.

“One unexpected expense can pitch somebody over the edge,” Kegel said. “The refrigerator conks out. Someone loses a job or has an unexpected medical bill.”

A monthly Social Security disability check is capped at $674 per person, while the fair market rent here is $840.

The local homeless population has nearly doubled since Katrina. In2009, Unity served about 19,400 homeless people. That number included 4,300 homeless children.

In New Orleans before Katrina, it was possible for a family to find a $300-a-month apartment. “That’s long gone,” Kegel said.

More than 307,000 families were forced to move from their homes and share housing with family or friends because of Katrina.

At least 80 percent of families in the New Orleans region were forced to move because of the disaster, and 12 percent still consider themselves “in flux” when it comes to finding a permanent home, HUD found.

Nearly 300,000 households fled the city for at least two weeks after Katrina.

More than 68,000 families have moved 10 times since the disaster. In2009, more than 38,000 families still consider themselves “int ransition” when it comes to their housing needs, HUD found.