The Times-Picayune: Slamming the Door Against the Homeless: Jarvis DeBerry 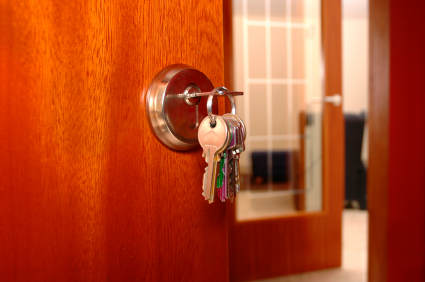 Keeping a roof over one’s head has become measurably more difficult since Katrina. The proof is in the statistics from the year 2008 that local demographer Allison Plyer presented at Loyola University Saturday morning at a symposium convened by the Jesuit Social Research Institute.

A family is in trouble when it’s paying more than 30 percent of its income on housing. However, 36 percent of New Orleans homeowners are so-called “cost burdened.” In other words: struggling. As for those homeowners who take in less than $20,000 a year? According to Plyer’s statistics, 81 percent are “housing cost burdened.”

Renters are struggling, too. In New Orleans, 65 percent of renters were paying more than 30 percent on housing and 41 percent of them were spending more than half of their pre-tax income on housing costs in 2008. Assuming nothing has changed in the past two years, New Orleans renters are more likely to spend half their income on housing than renters in the famously expensive New York City. According to a housing affordability report Plyer co-authored last year, “Many very low income households were likely priced out of the (rental) market entirely in 2008.”

Saturday’s symposium at Loyola was called “Post-Katrina New Orleans: A Welcoming Community?” Plyer and I were both asked by the institute to address how the New Orleans area has welcomed back the poor, the elderly and people of color. That the Jesuit group put a question mark at the end of symposium’s title let me know that we were simpatico.

From a so-called “blood relative ordinance” in St. Bernard Parish to the blocking of apartments for the elderly in Terrytown; from the moratorium against affordable apartments in eastern New Orleans to the rejection of $200,000 single-family homes in the same area (because they were predicted to drive down property values), local politicians have had no shame as they’ve villainized poor folks.

Not only have we not been welcoming. We’ve been openly hostile.

Some residents who live near Esplanade Avenue are fighting against converting a blighted nursing home into an apartment complex for people who are homeless and disabled. Even so, the New Orleans City Council on Thursday voted 4-3 to allow developers to demolish 3,000 square feet of the Bethany Home so they can meet parking regulations if the project is approved.

It’s not that opponents don’t care for this most vulnerable of populations. It’s just that they care for them to be elsewhere, especially those who are mentally ill. So says Hank Braden, the former state senator, whose wife Michele Braden is president of the Esplanade Ridge-Treme Civic Association. “They should be in real institutions, where they’re regulated,” Hank Braden said.

Full-fledged mental institutions are mostly relics of the past. Furthermore, under Bobby Jindal’s administration, there are fewer mental health beds in the city. New Orleans is operating without Charity Hospital, which provided the bulk of the city’s mental health care and now is operating without the New Orleans Adolescent Hospital, whose patients were transferred to Mandeville.

Common Ground, one of the groups interested in converting the flooded nursing home into apartments for the homeless, is praised for a strategy that reduced homelessness in New York’s Time Square by 87 percent.

Still, Michelle Braden says, “What they’re going to put there is so awful for the neighborhood.”

What’s truly awful is the absence of empathy for people in such need of help.

Thankfully, there are still those among us who aren’t terrified of poor people.

Liza Cowan, a resident who lives three blocks from the nursing home, said, “If there’s a project being proposed by a reputable developer who has a plan to manage it well, I think that’s an asset to our neighborhood, especially when the alternative is more blight.”

Especially when the alternative is society’s cast-offs dying on our streets.

Jarvis DeBerry is an editorial writer. He can be reached at jdeberry@timespicayune.com or 504.826.3355