The Times-Picayune: Warehouse Deaths are a Wake-Up Call: A Guest Column by Martha Kegel and Mike Miller 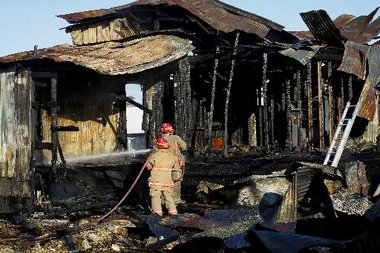 The tragic loss of eight young people, in the most lethal fire in New Orleans in 32 years, focuses attention on the problem of homelessness in abandoned buildings. The eight died last week trying to warm themselves with a fire in a barrel in a dilapidated warehouse.

Survival fires started by homeless people of all ages are a frequent hazard in post-Katrina New Orleans. Last January, a man died in a similar blaze in Jefferson Parish.

The recent tragedy is a wake-up call for homeless service providers and for the entire community. The best estimate, informed by searches of buildings in more than 500 randomly selected census blocks, is that as many as 3,000 people are dwelling in approximately 55,000 abandoned or vacant buildings in Orleans and Jefferson parishes. Because of the magnitude of the problem, our ogranization, UNITY of Greater New Orleans, a nonprofit organization coordinating a network of 63 agencies serving the homeless, deploys a team of four outreach workers — the only team of its kind in the nation — rescuing and re-housing people from abandoned buildings.

While those who died in Tuesday’s fire were young and many were from out of town, the overwhelming majority of abandoned building dwellers are Katrina survivors suffering from serious mental or physical disabilities, according to a recent study. Forty-two percent have conditions with a high risk of mortality; 11 percent are over the age of 62. Their vulnerability is exacerbated by the deteriorating conditions of the buildings: mold, vermin, holes in the floor.

Why don’t abandoned building dwellers go to emergency shelter? There is no single answer to this question. One factor is that the number of emergency shelter beds in the two parishes has sharply declined since Katrina, from 872 to only 551, even as homelessness has nearly doubled. Many people cannot tolerate regimentation and lack of privacy or cannot afford shelter fees, while others are banned from shelters for behavior problems or have evening jobs that prevent shelter use.

Persons with serious mental illness are often reluctant to sleep in a crowded room, while those with physical disabilities may not be easily accommodated.

Transient youth are often particularly resistant to shelters, whether because they are savoring their freedom or fleeing abuse.

Some homeless couples or families won’t go to shelter because they aren’t allowed to stay together. Others won’t go because they would have to abandon their pets; indeed, the remains of two dogs were found in last week’s fire.

One key innovation this tragedy should precipitate is the creation of open-access emergency shelters. Current shelters are understaffed and need funds to expand access.

The city should work to develop additional shelters, which we hope will include creating a small facility with special expertise in serving the mentally ill and another aimed at shelter-resistant youth. Meanwhile, the faith community could be asked to identify a pre-existing building as a temporary cold-weather shelter primarily relying on volunteers.

This model is used in many other communities to expand shelter capacity during winter months.

The city’s laudable blight-fighting program should be expanded to provide more incentives for transforming abandoned buildings into affordable housing. We can’t fight blight without housing the people living in the blight. Otherwise, we simply push people into a smaller number of abandoned buildings or out onto the street, risking a resurgence of New Orleans’ sprawling homeless camps of three years ago.

By preventing fires that threaten everyone, by helping young and middle-aged people who can become self-sufficient to do so, and by providing elderly and disabled people with housing and support services, the entire community benefits.

Martha Kegel is executive director of UNITY of Greater New Orleans and can be reached at mkegel@unitygno.org. Mike Miller is a social worker, a leader of UNITY’s Abandoned Buildings Outreach Team and co-author of “Search and Rescue Five Years Later: Saving People Still Trapped in Katrina’s Ruins,” available at www.unitygno.org.