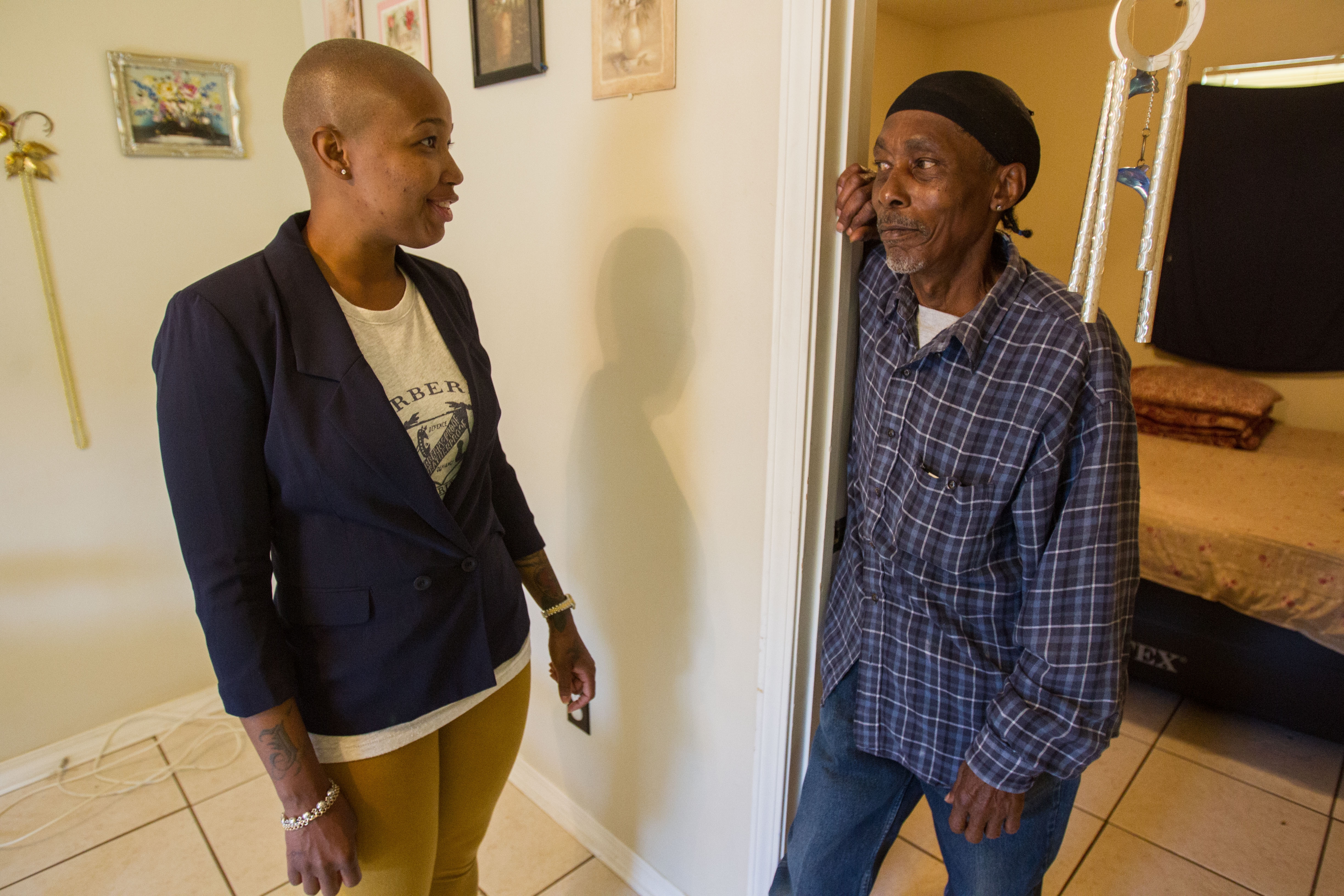 Jaquetta White from The New Orleans Advocate covered UNITY’s 2014 Point in Time count announcement, conducted in partnership with the City of New Orleans, as noted on the mayor’s press-release feed, here. White wrote in her Friday, May 2nd Advocate piece about a few UNITY clients, including Barry Knox, 59, pictured here with case-manager Jueron Cormick.

Knox, White wrote, “is one of hundreds of homeless people who were removed from the streets in the past year as homelessness fell by 15 percent in Orleans and Jefferson parishes, according to data released Thursday by UNITY of Greater New Orleans, a nonprofit coalition of 60 agencies working to end homelessness in the two parishes.”