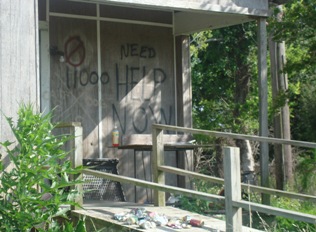 The Abandoned Buildings Outreach Team of UNITY of Greater New Orleans has released a detailed report of the Team’s findings and recommendations from 18 months of combing the city’s abandoned buildings in search of elderly and disabled survivors of Hurricane Katrina, “Search and Rescue Five Years Later: Saving People Still Trapped in Katrina’s Ruins.”