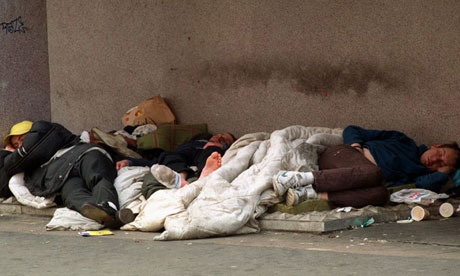 In the spirit of the season, I count among my blessings the men, women and children whom the entire UNITY team and the Continuum of Care partners have assisted this year. Here are a few of my recent favorite blessings:

“Wait, wait! Stop please!” she cried. We were out in the UNITY van and on our way to give a daytime look at an abandoned building we would be entering later that night to try to engage the person living there and see if we could get him into housing.

It is not unusual to be flagged down in certain neighborhoods. Usually it is a person wanting to find out- for themselves and increasingly for others – how to gain access to housing or homeless prevention services. That was what we thought would be this woman’s query.

However, this time as we rolled down the window the persistent woman breathlessly exclaimed: “I need to tell y’all thank you. Thank you. Thank you! I am now in a beautiful apartment. That man who was beating me is no longer in my life and I have 4 months clean! It never would have happened without your help! So may the good Lord bless you. Oh and thank you!”

The windows of the car were foggy. Very foggy. It was one of the first cold nights this year. Mike and I looked inside and there she was sleeping with an old pair of pliers in her hand for protection. Gently knocking at the car window we woke her up. We had heard that there were at least three children in the car with her – the youngest 9 months – and we didn’t want to wake them up as well. She groggily opened the window and quietly greeted us.

The young mother suffers from a debilitating disease, and her mother – the sleeping babies’ grandmother – works nights, otherwise she would be in the car with them. We let her know that we would call the UNITY workers who assisted homeless families and that she should expect to be contacted first thing in the morning to start receiving assistance. The family – including the grandmother – is now housed and creating a comfortable home for the holidays.

We know odors. In fact, we sometimes feel – in our efforts to house the most vulnerable- that if someone is too clean and doesn’t smell bad that they might not be our client. This man was definitely our client. He was smelly. Stinky- smelly. Even a few hours after putting on clean clothes raided from my husband’s closet, he was smelly again. Sleeping every night on the floor of an abandoned car wash, he had no option of getting clean.

He was so dirty and disheveled that I was off by almost twenty years with my guestimate of his age. He also had a chronic and debilitating illness that was untreated except for the numerous police- and ambulance-escorted visits to area Emergency Rooms. In fact, an ER doctor who occasionally rides on our night rounds with us instantaneously remembered him when he saw him one evening.

Housed by our Rebuilding Communities program and case managed by one of our partner agencies, the word on the street is that he is now squeaky, Board of Health- type clean, loving his apartment, receiving ongoing primary medical care, and even has a nice girlfriend!

Its 1a.m. on a recent Freeze Night and we were hurriedly trying to find as many people sleeping on New Orleans’s streets and getting them to one of the shelters so that they did not die of exposure to the elements. We had already picked up two men in the Central Business District and were heading to the shelter when we saw a man picking through the trash for aluminum cans. We stopped and, surprisingly, were greeted with a warm, familiar hello! Because of the physical changes, the recognition was not instantaneous on our part, but it soon dawned on us that this was dear Mr. A who had lived in an abandoned church for years before being housed through UNITYs Sunrise Program.

He shared with us, and our passengers, that he was just out picking up some cans for some extra cash and he was loving the fact that after he finished collecting his cans he was returning to his warm comfy apartment! His smile was radiant! We told him that we were looking for people sleeping outside and trying to get them into shelter this cold night. Mr. A directed us to a gentleman that he saw earlier that evening and, following his directions, we found the man who gladly accepted a ride to the shelter!

As I am typing this I think, “Oh, I should share about John, or James or Cynthia or Alex or Louis, or Samantha, or Teddy or…” and the list of blessing stories goes on and on and on. So many contribute to the blessing of so many. It is for ALL of these blessings that I am truly grateful.