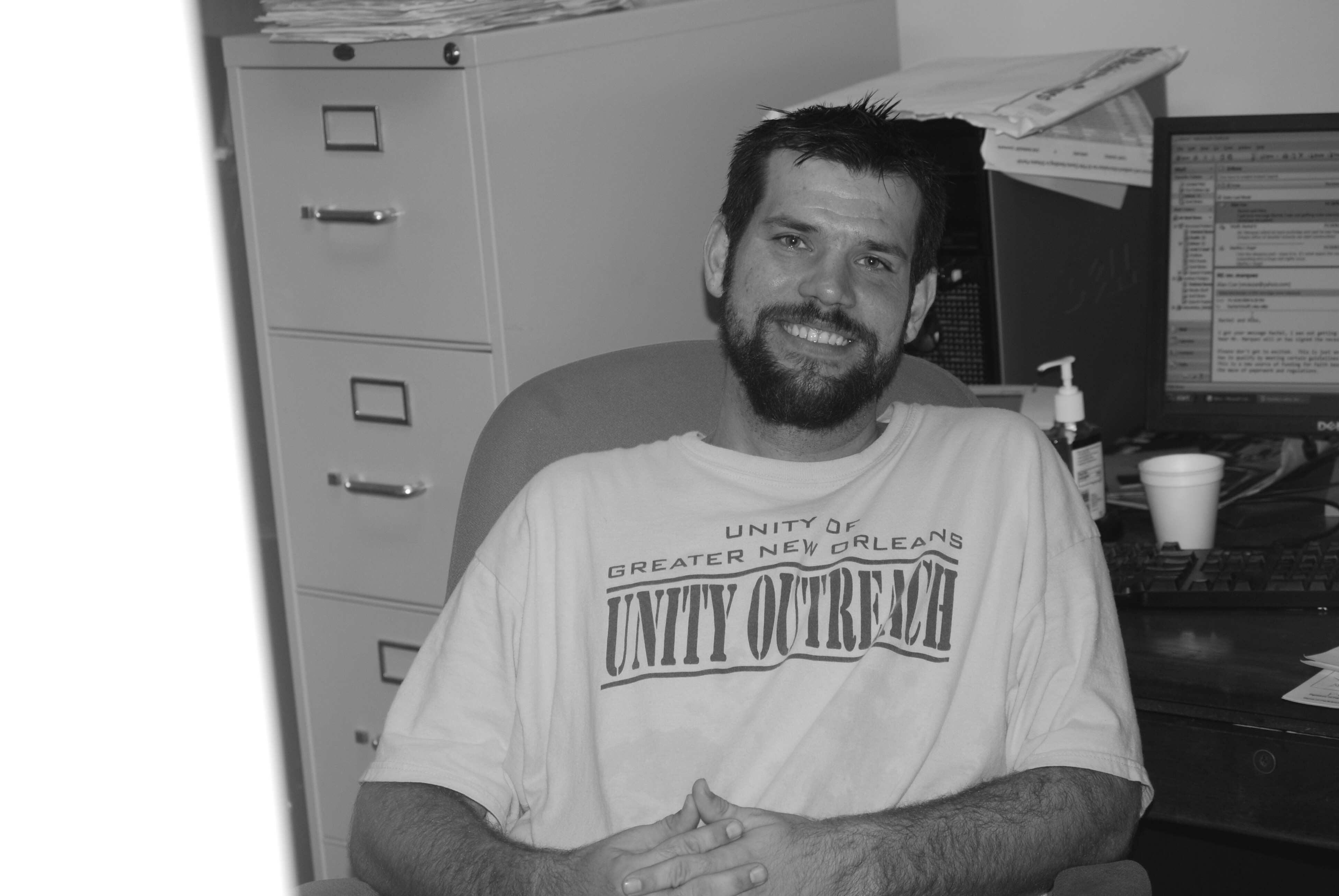 The woman’s voice over the phone is timid and in the background I can hear people laughing and yelling.  It’s Friday, 9:23 PM.  In exactly 37 minutes I’ll be walking into a packed bar room, trading in my social work credentials for the anonymity of the neighborhood bartender.   The cheap Bic pen I use for assessments is tucked squarely against the sweatband of my backward Delta State hat and my back pocket holds a worn and rusted bottle opener.

“Is this the guy who is looking for Mr. Sully?”

It’s a soft inquiry and I can barely make out what she’s saying against the competing chatter.  With a ferry to catch and an empty tip jar waiting to be filled, I resist the temptation to be rude.

“I’m sorry, hon’.  Who’s this?”  I answer while reminding myself that I have to stop answering my phone for numbers I don’t recognize.

“This is Monika, at the Circle K.  Are you the guy looking for Mr. Sully?”  The accent is pure New Orleans, the same one Hollywood actors always seem to embellish, but can’t seem to replicate.  The rest of America calls it a lazy tongue. We call it genuine.  Apparently, Hollywood has never been through the 3rd Ward, the 7th Ward or anywhere else in New Orleans for that matter.

Three months ago while Shamus was putting gas in the outreach van, I had walked over to the Circle K to grab a fresh box of Camels.    Sitting against the wall was a man of about 70 counting no more than a dollar in change.  Legs extended and clearly comfortable with resting on the dirty concrete, he was wearing a pair of greasy jeans and a tattered button-up stained with the last three months of scavenged meals.  If he had bathed within the last year I would be surprised.  Hell, if he had bathed in the last five years I wouldn’t have blinked.

I extended my hand to his and was embraced by sandpaper.  His fungus nails were crusty and the top vein, a favorite for drug injectors, was scarred from battles won and lost with syringes.  The creases of his face were canyons and what remained of his teeth were stained a foggy yellow.  His eyes were jaundiced.  To call this man homeless was an understatement. He was without home, without healthcare, without clothes, without food, without water.  He wasn’t homeless.  He was without-less!

My casual introduction was quickly interrupted by the day clerk from inside.  “Ah, him.  He been out here forever!  You got to help him!”

Just then Shamus pulled the van up and walked over to shake Mr. Sully’s hand.  It’s one of those unconscious things outreach workers do.  We shake hands and we slap backs.  We’re casual to a fault to instill humanity where humanity is often overlooked.  Working with the homeless, it always amazes me how easy it is for outreach workers to connect with the people that most would ignore.  It’s like bartending, but with a social conscience.

“We doing paper?”  Shamus asked, nodding in the direction of Mr. Sully.

“Yup,” I said as I started digging through the van looking for a packet that wasn’t there.  I forgot that our poor overworked copy machine was spitting fire that morning and copies would have to wait for another day.

My empty-handed walk back to Shamus and Mr. Sully was received with a knowing nod from my colleague.  We set an appointment with Mr. Sully to meet us there the next day, but the next day would never come.  Our return trip was met with an empty slab of concrete and a surprised look from another convenience store clerk.  The search was on.

For the next two weeks I lambasted my co-workers about finding the poor old man with the grey beard and the one nasty dread snaking off the side of his head.  I begged and I pleaded to find this man so we could work our magic.  Finally, the outreach Assistant Director, Brandi, called me up at 5:30 on a Monday and stated she thinks she has my guy.  I fired up the van and rushed to meet them in front of a drug store not far from the Circle K.

I got the whole intake done, periodically interrupted by old women in office clothes shaking their heads and dropping change in front of Mr. Sully’s lap.  He would reach out with his hand, but they’re were careful not to touch the sand paper.  Apparently, charity stops when you have to actually feel what you’re donating to.   The irony of such a sick man sitting against a drug store was not lost on me.

Two days later I got his medical records back:  vascular Alzheimer’s.  He’s sick, real sick.  Combined with his age, 72, this diagnosis vaulted him to the top of our housing registry, ranked in order of vulnerability and need, and by default, the top of Outreach’s radar.  On some cold, tucked away piece of cardboard sleeps a man marked for housing.  But we have to find him first.  For 72 years old, Mr. Sully gets around.

“He’s here right now if you want to talk to him.”  Monika explains on the phone.  She knows that the last two months, several times a week, I’ve been checking the store for Mr. Sully.  It’s gotten so bad that I just poke my head in the door and the clerks just shake their heads to me without talking.  Me and the clerk who works the graveyard shift are now on a first name basis.  Kermit comes in at 1 AM.  After two months, I’m beginning to feel like I’m blurring the boundaries between outreach and outright stalking.

I’m screwed. Mr. Sully is screwed. And all I know is that I’m supposed to be making screwdrivers for drunken patrons in half an hour.  It’s time to rally the troops.   Clarence answers my desperate text message to connect with the man.  Even with the most dedicated outreach team in the country, at 9:30 on a Friday night it’s hard to prioritize an unknown client when you are staring down a weekend of relaxation.   Clarence rushes over to meet a man he can’t do anything for.  All I want is for him to get some more information about where he sleeps, where he hangs out, where he is all day.  He does and for that, Mr. Sully is one step closer to being housed.

If all goes according to plan, Clarence and I will meet Mr. Sully tomorrow morning and transport him to our office to begin his housing search.  With any luck, UNITY outreach, along with the clerks at the Circle K, will have housed one of the most vulnerable homeless residents of New Orleans. With any luck, the homeless guy with Alzheimer’s will remember where he’s supposed to be tomorrow.  If not, I hope Kermit keeps the coffee hot.