Five Years After Katrina: Reaching Out in New Orleans 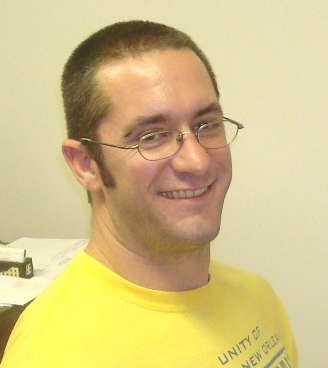 Only five nights ago, we met Max in an abandoned house in the Mid City neighborhood of New Orleans. The house has not been touched since flooding from Hurricane Katrina as evidenced by the water marks and mold on the un-gutted walls.

Max is 42, is living in one of the 55,000 buildings still abandoned nearly five years after the floodwaters receded. When my co-worker Katy and I met him, we told him we’d do everything in our power to get him into permanent housing. We also explained it could take a long time.

Max has been homeless, as have thousands of others, since their lives were turned upside down by Katrina and the levee failures. Max reported that he has been homeless since returning to New Orleans approximately one year following Katrina – that was nearly 4 years ago. He’s been in this particular abandoned house for two years.

I’m not surprised that Max is crying today. Despite denying having any mental health or substance abuse problems on the night I met him, he appears to struggle with both. On follow-up questions, he reported having been hospitalized a year ago for being suicidal. His flat affect would concur with a diagnosis ranging from MDD to severe PTSD as he frequently relives his experiences struggling in the deadly floodwaters, waking from terrible nightmares.

He also reports accessing the emergency room regularly when the pains in his stomach get too severe. He says he has a torn lining in his stomach from when he “used to drink a lot more” than the three beers a day he currently consumes.

But he’s never had a follow-up appointment at a clinic related to the psychiatric hospitalization. He can’t afford the prescriptions that are supposed to take care of his stomach. I’d say self-medication via Olde English is far from the most severe of his problems.

Unfortunately, Max is not at all unique in a city that has an estimated 3,000-plus abandoned building dwellers. Even among the 11 new faces I encountered last week while climbing into abandoned buildings in the middle of the night, Max is hardly the most fragile.

When will we be able to house Max? I hope soon, but I fear it could take many months or even years given the staffing and resources we have compared to the size of the homeless problem we face.

I can’t justify pushing his case for a Permanent Supportive Housing slot ahead of the woman I met the night before in her late 50’s with full-blown psychosis, mental retardation, and a drinking issue worse than his. Nor can I ethically push it ahead of the 61-year old man sharing his squat, who has more severe psychiatric and medical conditions and just as much time living on the streets.

The hard fact: there are hundreds of others in even worse shape who languish on our registry of disabled homeless people waiting to be housed.

Here’s hoping that Max and all of the others I’ve met in the last year and a half of doing abandoned building outreach don’t get lost during the wait or, worse, die homeless as many of our clients have — before we are able to get them into clean, decent and safe housing in which they might start to heal themselves and their lives.