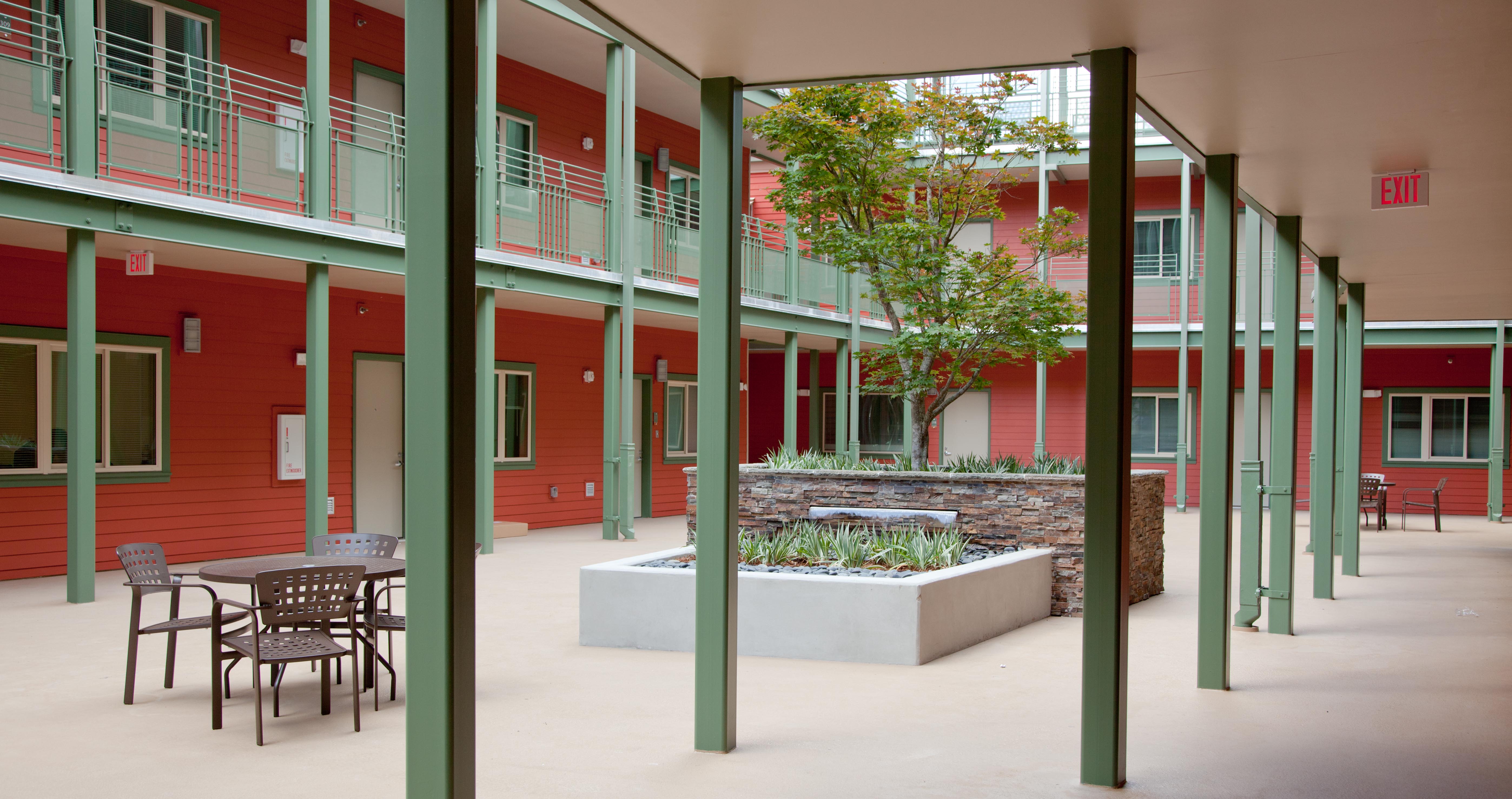 The day started as any other work day would. I went to an outreach meeting first thing in the morning.  On the agenda was the weekly discussion of how to get into housing those homeless people we are most worried about because of their severe mental illness and medical problems.  A feeling of defeat came upon me as Ms. Gwen’s name was called.  As I sat there listening to the expectations of my co-workers, I thought to myself this is too hard.

I had first met Ms. Gwen during the evacuation for Hurricane Gustav in September 2008. I saw this frail-looking woman walking down the street and asked if she need a ride to the evacuation point. She replied, “okay.” I made a mental note to look for her again when we returned to the city.  And the work began.  On numerous occasions I approached her in the place she was squatting in, and she would shoo me away. “Leave me alone.”  “I don’t want to be bothered.” Over and over again for four years that’s what I heard.

Hanging over my head at the outreach meeting was one close but failed attempt at housing her a year ago.  I’m thinking I’m not strong enough for this. But yet, once again, I press on and I say to myself to lean on the strength of my co-workers.  I leave the outreach meeting scared of another rejection from Ms. Gwen but willing to face it at any cost for her sake.  Upon approaching her outside the fast-food restaurant where she hangs out, she looked up at me with eyes that were heavy with exhaustion.   I smiled a little and began to speak in a soft timid voice.  I asked if she wanted to take a ride with me to look at the new UNITY building.   All of sudden a gentle breeze began to blow and she arose out of her chair without a word and began walking to the car.  I was in shock.  I stood frozen in one spot.  She turned around and said, “yes, I’m coming with you” and began to chatter away.

I began to shake from excitement, saying over and over to myself she’s trusting me yet again, I can’t fail this time.  After the initial shock, I sprang into action fueled with adrenalin.  I called upon my trusty co-workers who I knew would have my back to let the team at the new Rosa Keller Building know that I am coming and that Ms. Gwen  was with me and that we needed to show her one of the units at the building right away.  I knew the staff at the Rosa Keller Building were busy due to the Ribbon-Cutting ceremony that afternoon but I was sincerely hoping that they would have the time to accommodate me with this request.  On the ride over to the building, Ms. Gwen  kept me very busy with conversation —  which was very unusual — about everything going on in the city.

Upon reaching the building, she was greeted by Heather, the Building Director, and Emily, a  Case Manager, with huge smiles on their faces, welcoming her to the Rosa Keller building.  She walked in, all zipped up in the summer heat, wearing a coat with the hood over her head, and began to tour the apartment with an occasional nod of her head.  She then turned to me with tears in her eyes and said, “I’ve never thought in all my life that I could have a place so beautiful.”  I smiled at her and said, “it’s yours if you want it.”  But I didn’t want her to think that I was forcing her into that unit so I said, “Let’s go and look at the other floor plan and you can choose which one you want.” We looked at the other unit and she turned to me and said, “The other one is the one made just right for me.” She left the apartment with me to complete all necessary paperwork.  I told her that the apartment would be hers but it may take a week once all the paperwork is approved.  By this time I was floating on air, the breeze was in full swing outside, and the sun was shining just as bright as my smile.   She patiently waited while we did the paperwork.  I offered to get her something to eat and she said no that was ok. I told her I would be back at 2 p.m. to pick her up to go to the grand opening of the building, and I dropped her back at her squat.

As 2 p.m. drew closer, I began to get scared again thinking,  Oh Lord, she has changed her mind.  But when I pulled up, she began gathering all her belongings. My eyes got big.  I said, “Oh Lord, she thinks she’s moving in today. What am I going to do?”  I expressed my anxiety to Kathleen, our Supportive Housing Registry Director, and told her that if this doesn’t happen today I will lose her and her trust.  I could not let this happen again.  Kathleen sprang into action, pulling out all the stops and getting everyone on board with making this happen today.  Ann, the Property Manager for the building, began to work her magic getting the required approvals.  When Ann called Kathleen and me into her office and gave us the good news, we began to cry like babies.   I said “it’s going to happen, I can’t believe this is happening today.”

I went back to Ms. Gwen and told her that she can move into her apartment today.  She looked out across the balcony and said, “What a wonderful view.”  I said, “Please don’t leave,” and she replied, “I’m not going anywhere — I’m home.”

Because of everyone’s extraordinary efforts, she is home.

I went to visit her a couple of days later and she was standing in her apartment cooking dinner, wearing a bright- colored dress (no coat!) and an equally bright smile.   She said to me, “I’ve never been so happy in all my life” and gave me a hug.    I can only say it was the glory of the Lord shining through her that made this happen.