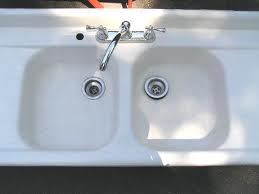 The overpasses and the oaks were dripping after the 30-minute afternoon cloudburst. The spray from the road made a background hiss to harmonize with the bass thumping of the wipers.

“Hey, why don’t you pull over right there.” More a strong suggestion than a question. Signal, pull right, and slide into a parking place amid a curb filled with barely-working vehicles.

We looked upon the weathered, two-storied used-to-be-salmon-colored home with the sides caving in, and the water dripping off all sides irrespective of the rusted-out gutters. We have passed this abandoned house several times this month as we worked with multiple people in the neighborhood, but have never really had the time to look inside.

On this day we were running a few minutes early (this never happens) to meet with a client, so we had a few minutes leeway. Without speaking, I went to the front then left side of the building, Travers went to the right side, and Mike made a beeline toward the back. Travers and I tried our respective sides to no avail and waited to hear Mike’s boisterous voice from the rear of the property. No Mike and no sound. We headed to the back of the building.

As we turned the final corner, we were surprised to view, through a dripping willow, a gaping opening in what was left of the rear wall of the house. Within this fissure Mike was speaking with an older gentleman. Mike’s softest voice met the man’s incredibly soft voice tone for tone.

Mr. Michaels is his name.

Mr. Michaels had lived inside this gaping-holed, caved-walled, extremely dilapidated building for over three years. He spent each and every day riding his bike throughout the city, crawling under houses and slogging through alleyways collecting aluminum cans and scrap metal. With a voice so gentle that you had to lean in to hear, Mr. Michaels shared something with me that I never really thought about:

Mr. Michaels explained that a person needs at least one gallon of water a day to survive. If you live in an abandoned building with no running water, that means you need to buy your drinking water. At $1.45 a gallon – the best price at the stores within bike distance from his home – this is almost $44 a month! That’s a lot of aluminum cans! Even if he did get food stamps (which he didn’t) I quickly realized that water alone would account for almost a quarter of his monthly stamps.

It was with great joy that several weeks later during a light morning rain I found myself driving Mr. Michaels and Michele Jackson, a UNITY Housing Specialist, to look at possible apartments. The first apartment we saw would not have passed the strict standards necessary for UNITY to rent, but the second one was perfect!

Within the neighborhood that Mr. Michaels selected, the apartment was a neat half double, with a small sliver of yard out back where Mr. Michaels could attach a hose to water the 12 tomato plants that he hadn’t even dared to mention he wanted because he was so scared he wouldn’t have the space or access to water.

But best of all – in Mr. Michael’s misting eyes – the small, tidy apartment had a large kitchen sink where he could quench his thirst at any hour, and a large bathtub where he could soak his weary bones in gallons and gallons of hot water each night. Every night.