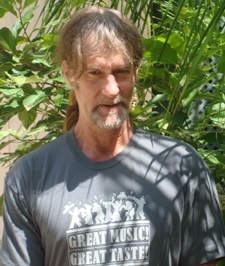 A veteran with extensive military training, Stephen was trained to survive in brutal conditions – insect infestations, brutal heat, soaking rains, searing cold – surrounded by people who may wish to do you harm. However, he never thought he would have to use these survival skills, and more, in the town where he was raised.

In 2007, when he lost his job and his apartment, Stephen went to the place where he felt comforted and protected as a child – his grandmother’s house. His grandmother died a decade ago and the house had been sold, but the old Victorian home had flooded after Katrina and the new owner left it ungutted and unsecured.

The familiar walls, now covered with mold and slowly rotting away, gave Stephen a modicum of consolation, but the abandoned building had neither electricity, running water, working bathroom nor a lockable door.  Even though he drinks, living across the street from an active crack house also caused discomfort for Stephen.

Now housed in a clean apartment in a safe neighborhood, Stephen can use his housing security to pursue a job and stability.