The Runner: a blog from UNITY’s outreach team 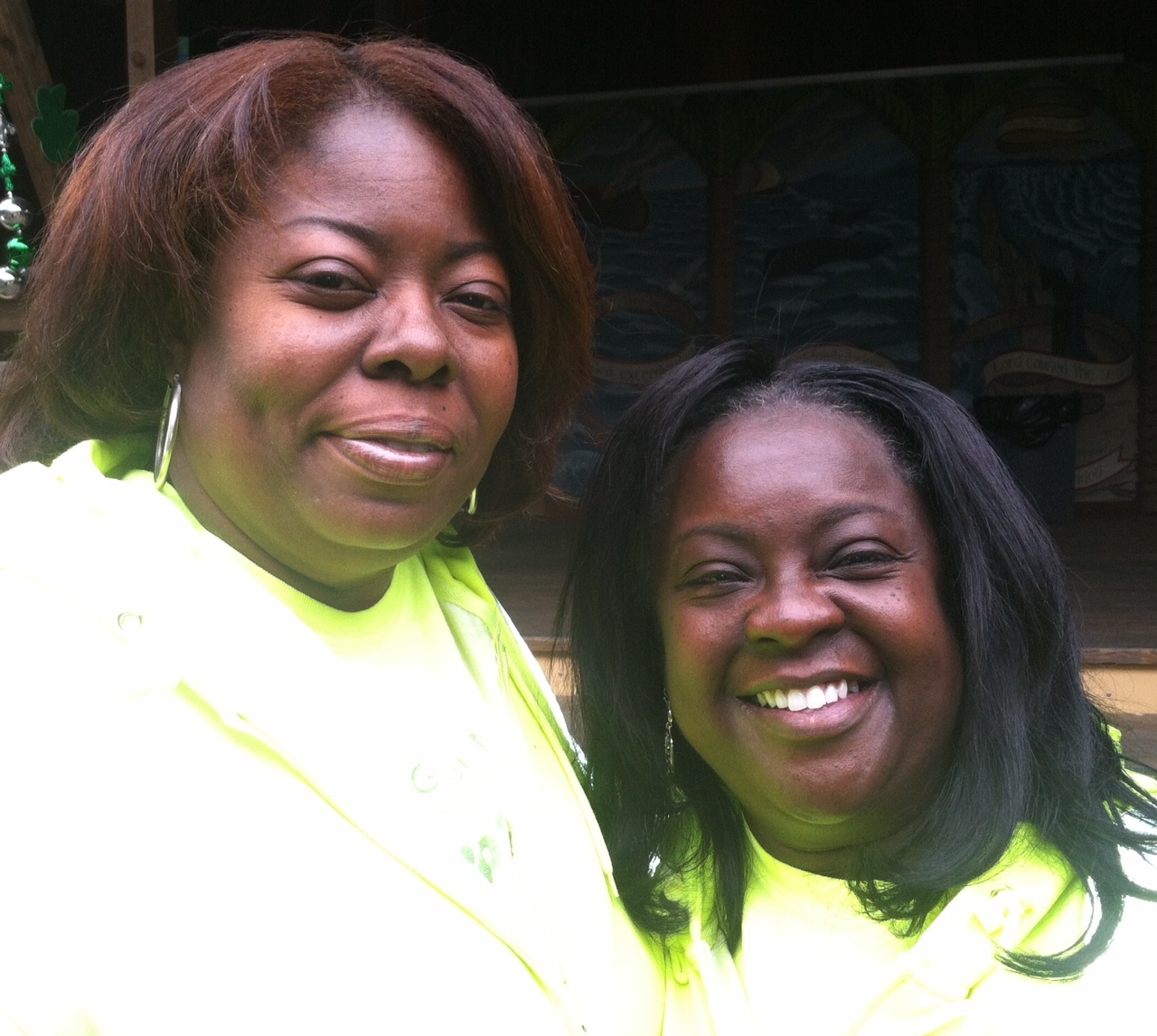 This blog is by Laniker Hunter-Davis, a UNITY Welcome Home street outreach worker, who is pictured above (left) with her longtime street-outreach colleague, Joycelyn Scott.

I work outreach during late nights, the coldest part of the day. One night last December, my longtime outreach partner Joycelyn Scott and I were outside checking on people who sleep on the street. The air was frigid. We could see our breath whenever we talked. It was hard to imagine how anyone could sleep with only a sheet of cardboard between them and the cold ground.

We drove by an overpass where homeless people often sleep. Through our outreach, we know many camp residents and are working with them to get housed. But that night, Joycelyn and I slowed down the UNITY van when we saw someone new, a young lady sitting on a filthy mattress, brushing a mangled wig while rats ran around her feet.

We stopped the van and rolled down a window to say hello, but the woman saw us and ran, leaving her belongings behind. Often people who have severe mental illness are wary like that, especially if they’ve been taken advantage of in the past. Our job as outreach workers is to earn their trust so that we can move them toward the housing and services they need. Often, it doesn’t take long to gain trust, especially on freeze nights, when we make sure that people who refuse our pleas to go to a shelter have enough pop-top food cans and blankets to keep them alive.

But a few nights later, we saw the same woman sitting and brushing that same tangled wig in the midst of all those rats. We again tried to slow down and roll down the window of our van, which is clearly marked “UNITY” on the outside. This time she ran even faster, as if she was a track star. She sprinted across a wide highway, abandoning all her belongings.

We were baffled. Each time she saw us, she took off running. When we discussed this in a weekly outreach staff meeting, we learned that this same woman regularly visited the Rebuild Center, a day drop-in center near Tulane Avenue. The staff knew who we were talking about, because the woman would typically spend her time in the center sitting and brushing her hair. But they were similarly frustrated at their inability to engage her on any level.

When we went out at night, we started to get used to her running from us, although we hoped we could engage her at some place and time.

That time came a few weeks ago, during another freeze night. We were out with UNITY’s Deputy Director, Angela Patterson, one of the most patient calm people you will ever meet. Angela observed the young woman under the bridge trying to cover herself with blankets so that we wouldn’t see her. But she didn’t run when Angela walked over to speak with her.

“Would you trust me to house you?” Angela said quietly.

The woman nodded yes. She uncovered her face and began to talk with Angela.

The next day, the young woman came to UNITY’s outreach office. But she was still wary. She wouldn’t speak with me or Jocelyn. So our co-worker Brandi Girard-Gaines walked up to her and said, “I’ll do your paperwork for you.” She fell in love with Brandi, though she nervously twirled her hair the entire time that they were speaking.

I walked up to her. I said, “You getting housed, huh?”

She didn’t seem scared of me anymore. But she still had the paranoia that troubled her and made all her worries worse. She looked up at me, twisting her hair. “Yeah,” she said. “But I’m worried it’s not going to happen.”

Everyone on our Welcome Home team knew that that she needed to be housed quickly, because the streets can be very dangerous for mentally ill women like her.

In cases like this, once a service-wary person leaves our office, we can lose them. Or it can be difficult to find them again. So UNITY housing specialist Karen Eblen immediately called a landlord whom she works with often. She arranged for an appointment that very afternoon so that the woman could see a vacant apartment in an area where she wanted to live, Uptown.

That was Wednesday. By Friday, she was in her own apartment and connected with a caseworker, who was ready to support her as she worked through the medical and social tangles of her life, trying to create a safe, stable life.

A few days ago, I saw the young woman again, when she stopped by our office to sign some paperwork.

She was still quiet and reluctant to speak. She still held her brush in her hand. But on her head was a brand-new wig, with not one snarl in it.