They’ll Make It, Together 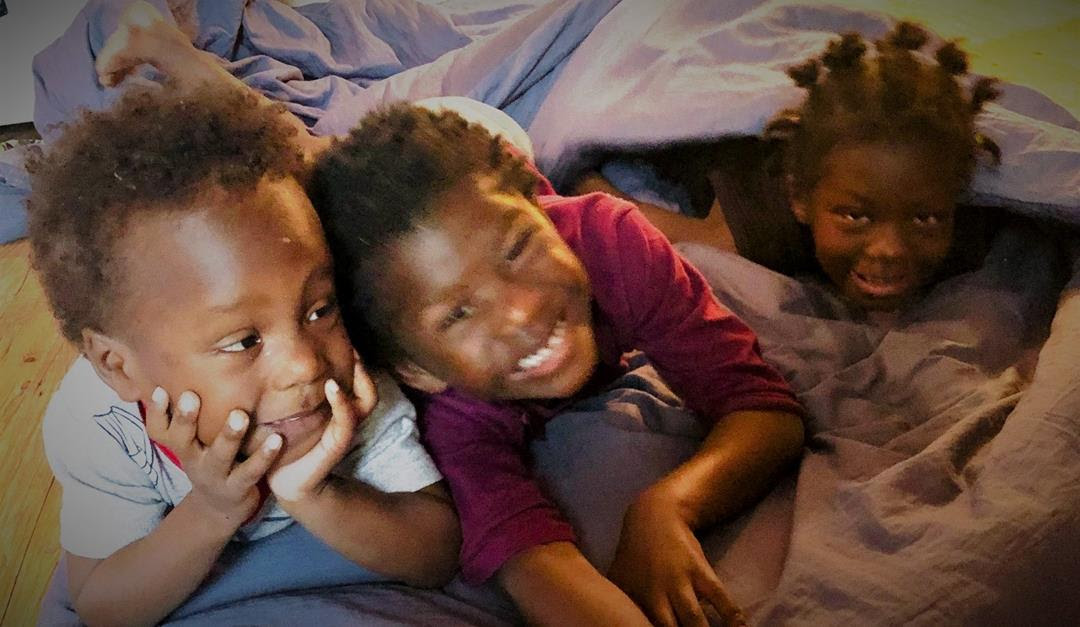 At first, Danielle’s three children cried every night, before they fell asleep in the Salvation Army’s transitional family shelter.

The move had been sudden, admitted Danielle, 23. But when her abuser left the house, she had seized the moment and fled to safety with her children and a few of their clothes. There were no toys to pack, since her abuser hadn’t allowed the children to have any.

A few days before Thanksgiving, Danielle and her young family moved into an apartment on the West Bank, a floor above her new best friend. Her BFF, Janice, turned off the air conditioner, which wasn’t blowing right, and cleaned its filter, while the two of them talked about enrolling their children in school and debated about what to fix for dinner.

A month ago, Danielle had little to say. She didn’t want to talk about her experiences with anyone. She simply planned to start a new life on her own, with her kids.

Not long afterward, Janice, a petite, brown-eyed 21-year-old woman carrying an infant knocked on Danielle’s door at the shelter, asking to use a cell phone to make a call. Janice had also kept to herself, not telling her story to anyone. And what she and Danielle have been through is dangerous enough that we don’t feel comfortable using their real name, so we’re using the pseudonyms Danielle and Janice.

That night, the women felt like they had finally met someone they could trust. They clicked. “We started being together 24-7,” Janice said.

Ty Richards, the manager of coordinated family entry for UNITY of Greater New Orleans, had helped to place both of them at the shelter, about a week apart. She knew that both of the women were intensely private about their lives and so she was happy to see them connect. “It’s kind of kismet when you think about it,” Richards said. “They found emotional support in each other. Someone to talk to. Someone to cry to.”

Richards works every day to be sure that parents like Danielle and Janice are able to get back on their feet quickly. The UNITY coalition of organizations provides apartments and case managers, who help young families find jobs and further their education.

In late November, the two young families were housed as part of an intense UNITY campaign, Home for the Holidays. Before January, we will move 200 homeless families out of emergency shelters and into permanent housing.

We are always heartened to see how much a new home means to each family. Once Janice and Danielle moved into their new homes, the two of them sat down and made a list of what they needed to do next. “Now that we have apartments, we have to focus on ourselves more, so we don’t lose them,” Janice said.

A few feet away from their mother, Danielle’s three children played on a down comforter she’d spread onto the shiny wood floor. It hadn’t been easy to leave behind everything she’d known. But now she was certain that her children would be safe, she said.

Janice looked down at her son, who had fallen asleep in her arms. She didn’t like to even express worries around him, she said. “I don’t want him to go through what I went through — not having a childhood,” she said.

Intense and energetic, Janice has basically run her own household since about the age of six or seven, when her father’s alcoholism got bad enough that he couldn’t handle everyday cleaning and cooking anymore. Soon after Richards placed her in her new apartment, she had walked a few blocks to file an application at a nearby fast-food restaurant and was hired as a night-shift manager.

“It feels good. I really love working,” she said. “Now all I have to work on is finishing my school.” Though she dropped out of high school, she hopes to earn her GED within the next few months, with the help of Richards, who is placing her in a local program. After more schooling, Janice dreams of becoming a paramedic.

The job options are not as clear for Danielle, whose abuser didn’t allow her to work outside the home. As a result, she’s never held a job before. Richards will connect the two of them to a job-training program.

Danielle hopes to eventually earn a commercial driver’s license. She also needs to get her GED, which make take some time, since she dropped out of school after seventh grade. While she studies, she was hoping to maybe land a job at a nearby retail store.

“Or at a front desk at a hotel,” Janice said, as she sat nearby, holding her young son. She explained to Danielle what a front-desk clerk does during each shift. Then she worried about how they were going to put food in their new refrigerator.

Danielle told her that everything would be okay, that times would be tight but they’d figure out a way. Janice smiled. “We balance each other,” she said. “So I know that we’re going to be able to succeed, together.”

We at UNITY are so grateful to have supporters like you, who help us succeed, together. If you’d like to be part of the #GivingTuesday efforts for charitable giving, you can make a donation here. With your support, we can help give New Orleans’ most vulnerable children a stability that they’ve never had before.