This is Andrew Jackson – a War Hero 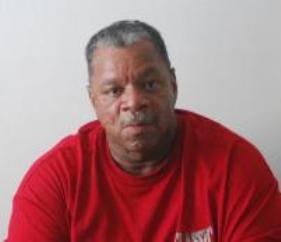 He’s not the same man whose statue is in Jackson Square for saving New Orleans in the War of 1812. He fought in a more recent war.

And he didnt move into the White House. He moved into homelessness.

This Andrew Jackson was honorably discharged as an Army Private after Vietnam. He was awarded four medals in his service to our country.

He returned home after the horror of war.

Already stricken with Post Traumatic Stress Disorder from his time in the service, Mr. Jackson later endured another set of horrors which worsened his condition – his parents drowned in their family home in New Orleans East as a result of the levee failures that followed Hurricane Katrina.

The UNITY Outreach Team found Mr. Jackson living in the destroyed home where his parents tragically died. He was 61 years old, suffering from severe disabilities, and had lived there for years with no lights, water or heat. During those years, he suffered a heart attack, but he still continued to live in subhuman conditions, suffering from further trauma to his already fragile emotional health.

Last year, just before Christmas, UNITY placed Mr. Jackson in his new apartment through a program for homeless people with disabilities. The services and supports he receives through the program help him remain stably and permanently housed.

Now that he is no longer homeless, Mr. Jackson is doing well. He reads his bible, meditates, and socializes with his neighbors. His health has improved, he has friends, and he has the opportunity to starte a life free from the trauma of homelessness, while he continues to heal from the many traumas he has already endured with the ongoing support of UNITY and case managers through UNITY’s partner agencies.

Mr. Jackson’s story is one of many tragedies and injustices that UNITY encounters on a daily basis. Throughout our city on any given night, more than 9,000 people are living with the pain of homelessness.

UNITY works to make sure that our neighbors like Mr. Jackson will never know the pain of homelessness again. Your gift today can help us serve many more people who are homeless right now. Click here to make a donation.